African Artist couple from Congo Bikis and Alda arrived in South Africa in the middle of winter 2000 lugging along everything they had at that time - a couple of suitcases and some precious tubes of paint.

They fled the war-torn Republic of Congo six months earlier in a desperate search for a safer place to raise a family. The difficult journey took them through Angola where they tried to survive for four months by painting and selling these paintings. They continued on through Namibia where, for two months, they again managed to live off proceeds from their paintings. Those precious tubes of paint proved to be their lifeline not only during the harrowing nomadic six months but also after their arrival in South Africa.

The French-speaking Congolese Artists finally settled in Cape Town where, at first, they struggled to survive. As refugees unable to understand or speak English, Alda and Bikis untiringly painted as fast as they could and just as untiringly tried to sell those paintings at competitive prices. Eventually it all paid off.

Eight years after arriving in Cape Town, the couple secured a place to sell their African themed paintings at the V & A Waterfront. Art lovers from all over the world have snapped up these paintings and other artworks.

Over the years, the couple has evolved a rather unique method of collaboration for some of the paintings. Bikis might start with sketches on a canvas and Alda fills it in with colors and finer details. Between the two of them, they have produced and sold thousands of paintings and other artworks. Both sign their paintings AldaB.

At the end of 2010, their Online Gallery was born. Here, the couple’s fascinating artworks,showcased and made available to clients and interested parties all over the world. 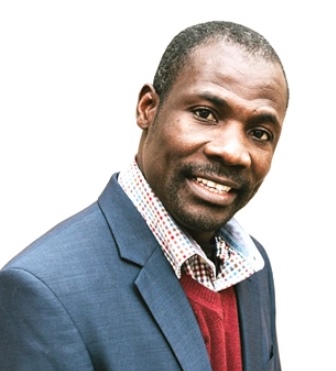 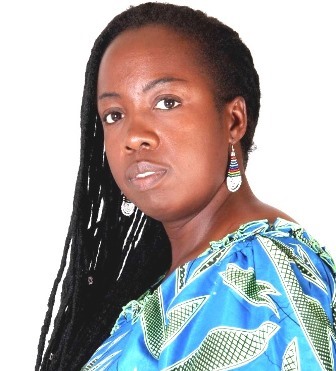 (Sylvain Bikindou) had not painted nor done any artwork until he met Alda. But his skill as a salesman was undeniable. So after they got married, Alda happily painted while Bikis charmingly enticed the buyers.

However, the hours spent watching his wife paint sparked his own imagination and triggered his own desire to capture images on canvas with brushes and paint. And when he started, he surprisingly discovered that, he too, could produce paintings that clients loved.

Bikis still continues to be the salesman, manning the Gallery at the Waterfront everyday while managing to produce paintings of his own or in collaboration with his wife.

(Alda Zita LokoBikindou) had no formal training in visual arts. However, while growing up as a youngster, a group of artists used to paint and do crafts under a tree in front of her home. She would spend hours watching them. When she was 18 years old, she approached them and asked to be taught how to paint. The kind folk artists obliged.

The outbreak of war in Brazzaville, Congo squashed Alda’s plan to pursue formal training in painting. However, from the time she began those few initial attempts at painting on a canvas, it was as if the floodgates of her creative juices burst at its seams. She is a prolific painter, a prolific handicraftster and perhaps even more impressively, a prolific progenitor – five children.